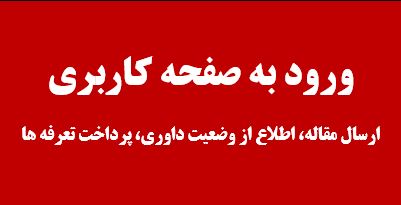 The Use of social networks among Herat University students in Afghanistan

چکیده :
The changes that are experienced in technology are influencing various fields as well as educational environments. From this point of view, it is seen that the tools used in educational environments as well as those used by students are diversified depending on the change in technology. Based on the characteristics of learners in the twenty-first century, it is observed that current technology takes part in students’ daily lives. As one of these technologies which use the possibilities of Web 2.0, social networks have been widely used by young generations in various forms in recent years. In general, these environments can be said to be a matter of preference as it offers opportunities such as sharing content, having fun, communicating, creating community, and learning. It is important to understand students' social networking usage purposes and the reasons that may affect them. In this research, with the aim of knowing the variables that determine the purpose of using social networks in undergraduate students of Herat University, social networks have been used. The cross-sectional survey design which is among the quantitative research methods has been employed. According to this pattern, data were collected according to the appropriate sampling method. In this research, 549 students of Herat University from different faculties of the same university participated. In this study, it is aimed to examine the variables that determine the purpose of using social networking networks of undergraduate students who use social networks. For this purpose, data were collected by means of the personal information form created by the researchers and by the Social Awareness Networks Usage Objectives Scale developed. The results of the research show that there is a difference in favor of women in initiating communication in favor of men and that those who use social networks for a long time share more content and WhatsApp and Instagram are the most widely used social networks. Based on these findings, discussions and recommendations were presented.